SINER "g" is a company that was founded in 2002 by a number of operators experienced in the nautical industry. It mainly manufactures luxury tenders at its main plant located in northern Italy. With its numerous patents, in addition to traditional tenders, Siner "g" produces the extensive range named AERMARINE which is characterised by the fold-down transom, a popular alternative to the water-jet models. Our technicians, who focus on the development of new products and novel technologies, have gained experience in the following fields.

Over 80,000 inflatable units have been built and sold as a result of the work of our technicians. Thanks to the extreme flexibility of production we produce tenders for customised or full-custom luxury yachts

2002/3: Siner "g" srl was created from the idea of two experts from the nautical industry, today called "AERMARINE", the trademark of our tenders. 26 models were put into production during the first 2 years.

2004/5: The commencement of exports, the first Italian patent relating to the fold-down transom, the range of tenders increased to include 47 different models.

2006/9: The design and production of entire ranges of water-jet tenders with joy-stick steering, the development of rotary engines and water-jet drive units, an electric propulsion multi-hull tender patent.

2010/12: A second patent (PCT) relating to the fold-down transom, creation of the Cabrio CH line, the commencement of exports to the UK, designing of the tender range for Japanese companies manufacturing outboard motors.

2013/14: Commencement of distribution within the US, creation of the Espace range, a third patent relating to the fold-down transom

2015/16: The introduction of models with aluminium hull and expansion of the range

2018/19: introduction Royale range: the new reference of the Luxury Tender

Cabrio: the first convertible tender, big at sea, compact on board.
For several years now Siner "g" has been offering an innovative and patented solution, immediately appreciated by the trade press and by numerous boat owners. Today this system has been further improved and is currently being used by many prestigious shipyards.
Part of the transom can be tilted inwards in order to reduce the height and length of the tender when it is complete with outboard engine with obvious advantages for stowing, transportation or positioning in the garage or on instrument panels of boats. In many cases it is no longer necessary to remove the outboard from the tender to position it inside the "garage"; furthermore the propeller remains in a protected area making the boat more liveable and safe.
The aermarine tenders are built using the numerous national, European and US patents held by our shipyard 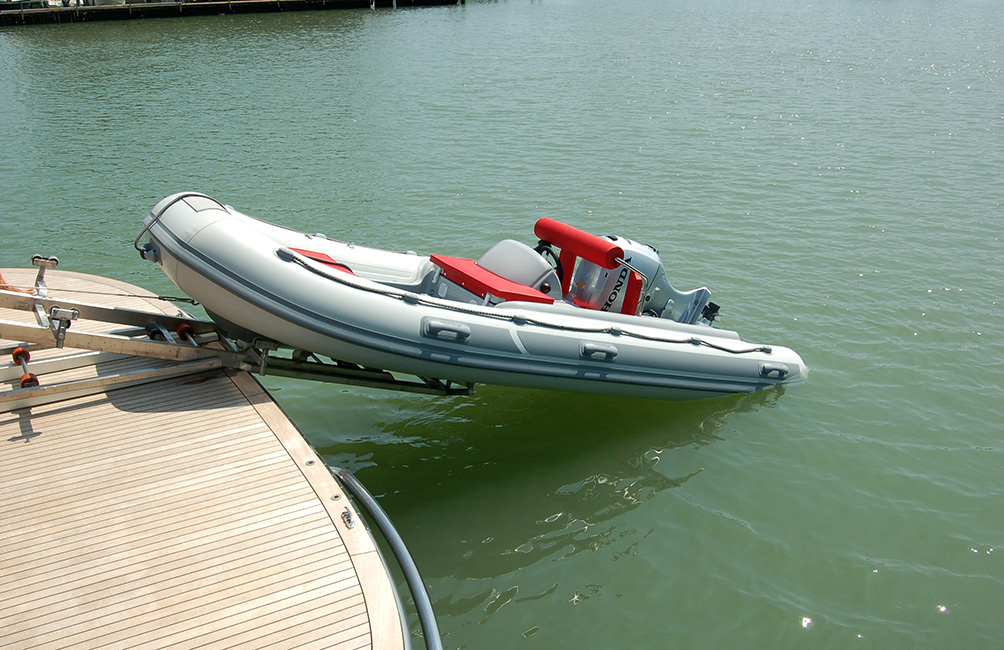 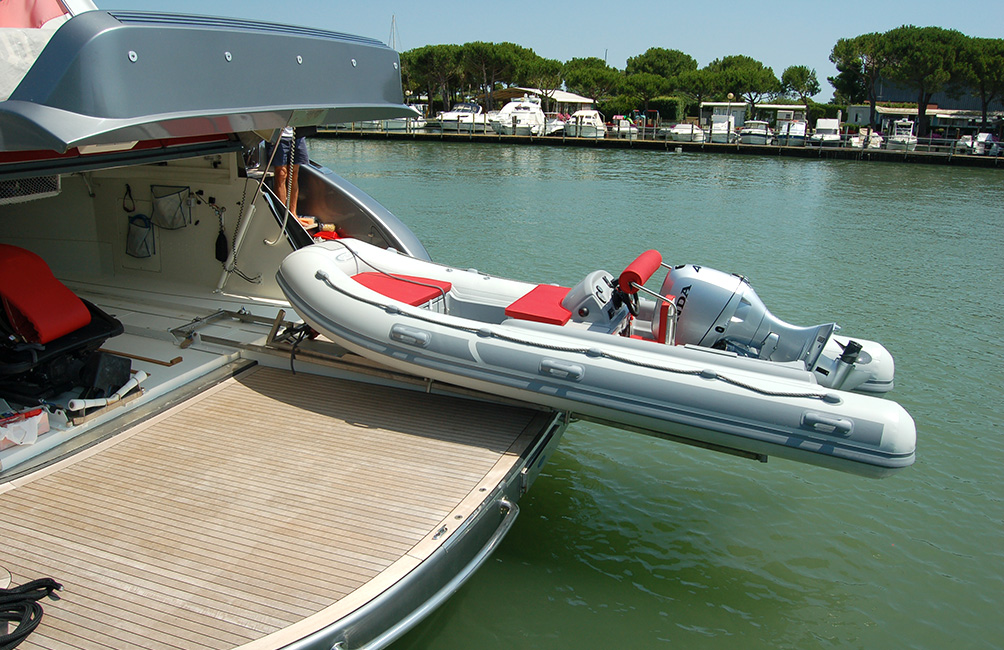 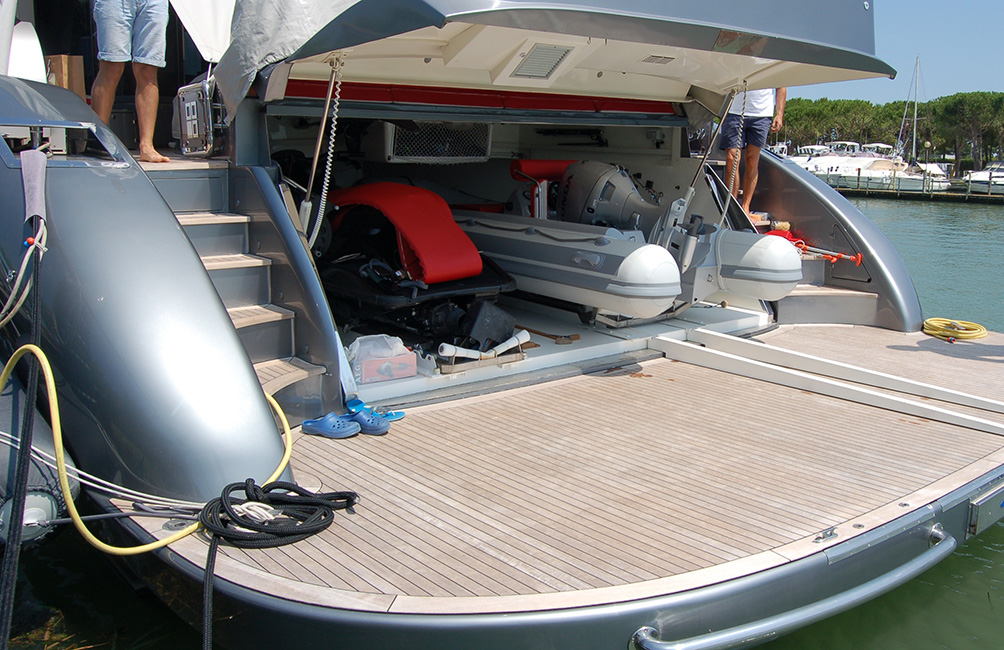